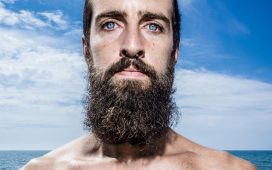 Matarazzo will be available to portray on the pier Audace in his unique style!

FIND US at the base of the Molo Audace (Trieste, Italy)

…and then we’ll all go at our meeting point (Sala Xenia) where your portrait will be elaborated by Matarazzo and immediately printed for you!

30 € – portrait printed in A4 format on photographic paper

40 € – portrait printed in A4 format on photo paper in frame

Some word of Salvatore Matarazzo about:

“People in general, but especially photographers, tend to take themselves  seriously  and irony is everyday less and less. If it is then approached to portrait photography, open the sky… and also we will never dream of asking: “Let me come well” to a designer or a caricaturist. We ask a photographer, on the other hand, because when you are portrayed in a photograph you always expect to see a real image of yourself, even if we are aware that both the choices used by the author and the technique make it almost impossible to create a faithful image, not to mention that the reflected image (on mirroring surfaces) that we know of ourselves, for a number of reasons related to Visual Perception and Gestalt, is not what others see. In fact, in a photo we can like each other, but inside us a little voice will always say: “Who the hell is this?”

At the Trieste Photo Days Salvatore Matarazzo will try to make people reflect on the subject with flash and camera, and if he usually chooses his subjects to photograph for this time, it will be the public itself who chooses to be portrayed by him and, above all, to look for his own image told from the point of view.