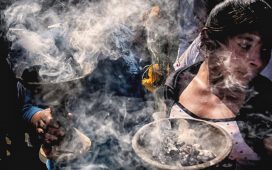 Double exhibition promoted in collaboration with the Circolo Fincantieri Wärtsilä.

“Yo soy Fidel” – Francesco Comello
“I went to Cuba for the first time in December 2016, due to Fidel’s death. I came back two months later, because stories call other stories. This time I brought with me the typed words of an Italian journalist, Saverio Tutino, who was sent to Cuba in the 60s and 70s as a correspondent of the Unit. He wrote to his 10-year-old daughter Barbara. A month of travel, wandering around the island in search of traces, places, stories and stories yet to be told. ”

“In the early sixties, Latin America became the center of a huge crisis. In April 1961 Kennedy (N.D. John Fitzgerald Kennedy, 1917-1963) authorized the invasion of Cuba by exiles trained by the CIA, hoping that the population would rise against the newborn socialist regime. The attempt failed and Castro (N.D.R. Fidel Alejandro Castro Ruz, 1926- 2016) made an alliance with the Soviet Union and agreed to install nuclear missiles in Cuba. Kennedy proclaimed the island’s naval blockade to prevent atomic weapons from reaching it. The crisis ended only with a compromise: the Soviets dismantled the bases in Cuba and the United States pledged to respect the sovereignty of the Castro regime. ”

“The subtle reflection” – Lorenzo Zoppolato
In Mexico, along a dirt road half a day’s walk from Huahutla de Jimenez, in a remote cemetery, the times of life and death overlap. Far from the artificial flashes of big cities, light takes the form of a key that I use to open glimpses into reality: here the world of the living and that of the dead take hold of each other.
In this place I find “the necessary light” to face my fears and talk to my ghosts. I untied the reins of my photography: I do not look for the ethnographic story of something far away, but I try to document between myself, my subjects and the environment that surrounds us. The main ingredient of this story is the magical realism that I love so much in literature and that inhabits and fills my imagination. On tiptoes I take part in pre-Hispanic ancestral rites that blend with Christian ones and become intimately part of what I photograph. I confuse the real with the imaginary and it is precisely there that the necessary light allows me to see, as a reflection, “the sister of sleep”. I let myself be taken by the hand and I can walk in equilibrium on the border, previously invisible, between life and death. 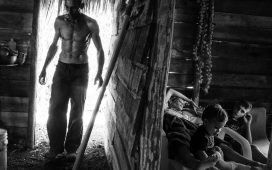 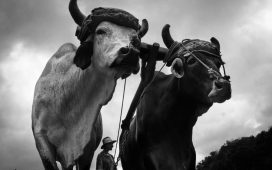 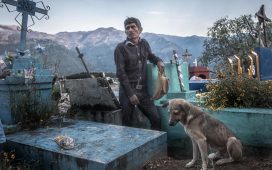