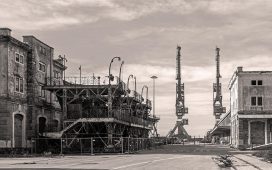 THE WORKSHOP
A workshop dedicated to the photographers who already know how to use a Reflex camera and wants to spend a day working side by side with Graziano Perotti, professional photojournalist with more than 200 reportage for the most important Italian Magazines.
The workshop will be divided in three phases:

If the minimum number of participants is not reached, the workshop can be cancelled or merged with the Saturday one.

MATERIALS AND REQUIRED SKILLS
Each participant must have a camera. A good knowledge of their camera and the prism the photographer will choose to shoot with. Each will have to bring to the workshop a project of at least 10 printed photos (minimum size 18x13cm)

NOTE. Refund requests will not be accepted once the course has started.

THE PHOTOGRAPHER: GRAZIANO PEROTTI
Graziano Perotti was born in Pavia in 1954 where he still resides. As photojournalist, he published more than 200 reportage (on travel, culture and social issues) on the most important magazines, obtaining 20 covers and producing photos for important advertising campaigns such as Grand foulard Bassetti, Alpitour / Francorosso, Hotelplan, Brunello di Montalcino of Barbi’s Factory. Of him have written and published his works on photography specialized magazines and on the greatest Italian daily papers, the most known critics. He had numerous personal exhibitions and participations in the collective ones, with great photographers in international-level reviews.
He won important prizes in Italy and abroad, including “Madrid Destiny”, “Divine Shots”, “The Florentine Genius”. His photographs are in important private collections, foundations and museums.
In 2015 he was one of the 12 Italian photographers selected by Vogue to tell the World of Swatch (published on Vogue March 2015) for the celebrations of 50 years of the most prestigious magazine in the world. He has produced numerous works as envoy in most parts of the world. In 2016 he received 8 Honorable Mention at the International Award of Los Angeles. Also in 2016 during Grand prix de la photographie di Parigi was awarded with other two Honorable Mention and an absolute second prize in the “Book Arts” category. He is currently producing a series of Reportages for the important TravelGlobe magazine.