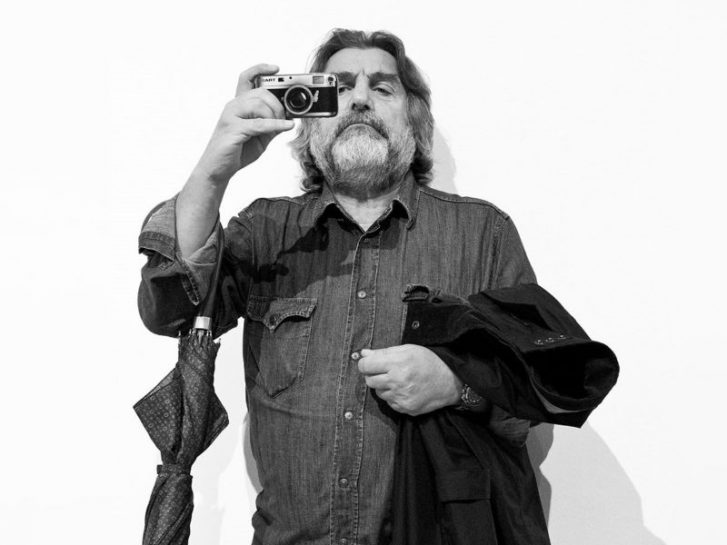 Francesco Cito, of Italian nationality, was born in Naples on the 5th May 1949 and now lives in Milan. After attending a technical high school, he left his studies unfinished and traveled around Europe, stopping in London in 1972, where he devoted himself to photography but also to experience all kinds of work. After having worked for a pop-rock music weekly magazine, he became a free-lance photo-journalist in 1975 and started to work for the Sunday Times Magazine, on which he had his first cover, taken from his report “The Mattanza” (ancient way of fishing tuna in Sicily). Afterwards, he also worked for the Observer Magazine.

In 1980, after the Soviet invasion, he was one of the first photoreporters to reach Afghanistan clandestinely, travelling on foot for 1200 kilometers with the different guerrilla groups during his three months stay. Between the end of 1982 and the beginning of 1983 he was in Naples for a report on the camorra (neapolitan mafia), that was later published all over the world. In 1983 he was also on the Lebanese front, as a correspondent for the weekly magazine Epoca, to report on the split inside the P.L.O. among Arafat supporters and Abu Mussa pro-Syrians. He is the only photo-journalist to have reported on the surrender of Beddawi (refugee camp and P.L.O. stronghold). Until 1989 he went to Lebanon six more times, in order to follow the events.

In 1985 he began to go to Palestine (Israel) to report on the conditions of Palestinians inside the occupied territories (West Bank / Gaza) that caused the uprising of Intifada in December 1987. He still follows the developments in this situation. During this time he was hospitalized three times: two times wounded by Israeli soldiers and once by a Palestinian brick while on assignement for Stern Magazine on a report on the Israeli settlers (pub. June 1994).
In February 1989, as a correspondent for ‘Venerdì’ di Repubblica, he went back, clandestinely again, to Afghanistan to report on the Soviet Army retreat.

In august 1990, for ‘Venerdì’ di Repubblica again, he was among the first photographers to report the American landing in Saudi Arabia after the invasion of Kuwait. He went back to the Gulf area during the war against Iraq, till the liberation of Kuwait.
In Italy, he often follows mafia cases in the southern regions, but also events such as the Palio in Siena and other important aspects of our society.
Since 1997, the aim is also focused on Sardinia off the beaten track, between the social and the traditions, work already partially enclosed in photo-book.

In 2007 he was invited by the Governor of Sakhalin (Russia), the former island prison colony told by Chekhov, for a photographic work in the territory, illustrating the life and productive activities, following the discovery of large oil fields. Work became an exhibition and a photo book edited in Russia.

In 2012 the prestigious house of Parisian jewelers “Van Cleef & Arpels” commissioned the realization of a photographic work, which describe the hard work through the hands of their artisans, packaged in the most exclusive jewelry in the world. 50 images collected in a volume printed in nine languages.