Three days characterized by the best international photography within a circuit of exhibition venues and a number of exhibitions, talks, awards, editorial initiatives, workshops and masterclasses. The opening weekend of Trieste Photo Days 2022 (28-30 October) left the large public, as well as international guests and the organizers, with unique emotions and satisfaction: a success confirmed by ever-increasing figures, the enthusiastic response of photo fans and the beautiful words of the dean of Italian photography, Nino Migliori, who said during the festival: ‘In eighty years of career I haven’t seen anywhere else such an important festival like Trieste Photo Days.’

While many exhibitions of this fantastic 9th edition of Trieste Photo Days can still be visited, it is already time for the promoting associations dotART and Exhibit Around APS. to draw conclusions. ‘We have gathered the results of one year of work’, says enthusiastically Stefano Ambroset, the creator of the festival. ‘During these nine editions, we have gathered around our reality a network made up of hundreds of photographers from all over the world. Every year we involve these authors in collective projects which result in photographic volumes and exhibitions within the Trieste Photo Days circuit. We like the idea of making coexist in one same project up-and-coming photographers with real living legends of international photography. It’s a formula everybody enjoys, from artists to public.’

Susan Meiselas, guest of honor of the project WOW – Worlds of Women, a collective tribute to the female universe which hosts photographs and projects of 189 photographers from all over the world. During the presentation of the project in Sala Xenia, also the Brazilian photographer Guilherme Lima has taken the word, together with his fiancée Paula whose battle against breast cancer is at the center of the touching portfolio Strong Butterfly. A selection of photographs taken from the volume is at display in Umberto Veruda Hall until November 13th. 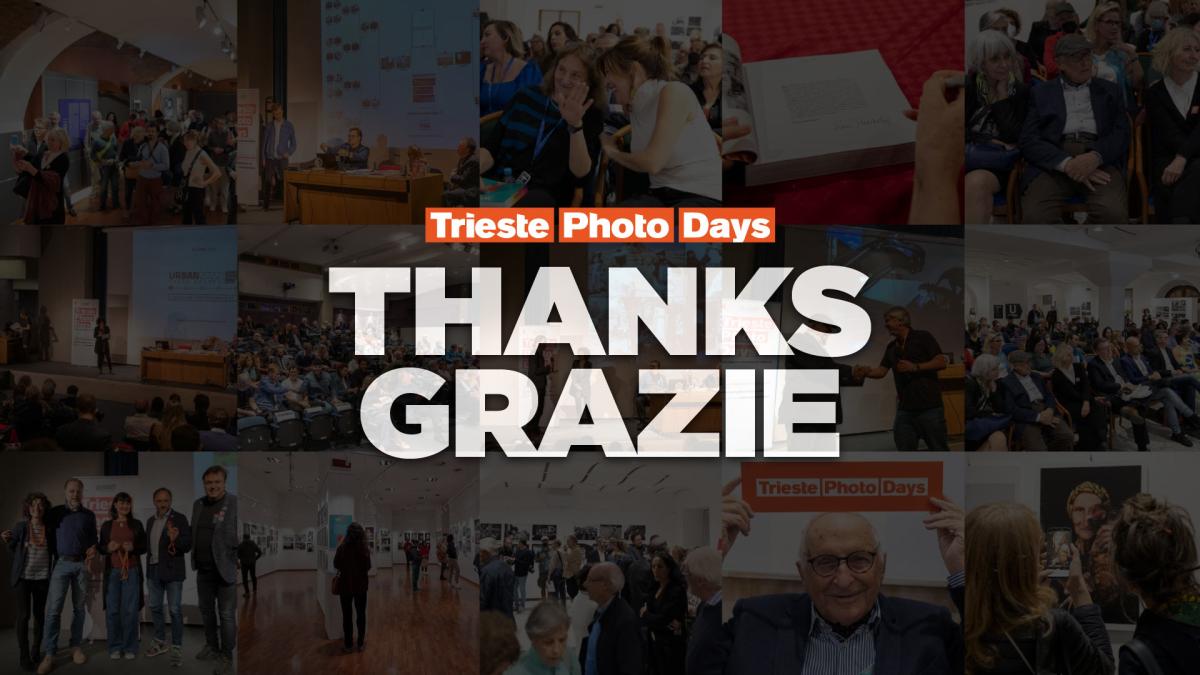 The dean of Italian photography, Nino Migliori, together with editor Enrico Medda, presented the collective exhibition Mythography – Vol. 02 which sees at display also some of his works freely inspired by the Greek/Roman mythology. The exhibition is visitable at Palazzo Gopcevich’s Attilio Selva Hall until November 27th, where also photographs of the project Pasolini Photo Days are displayed as photographic homage to Pier Paolo Pasolini on the occasion of the centenary of his birth.

On Saturday 29th, Nino Migliori and Susan Meiselas, as members of the jury, took part in the URBAN Photo Awards 2022 ceremony at Museo Revoltella’s auditorium. Also Massimiliano Faralli, photographer from Prato, was present at the awarding ceremony which saw him being crowned as the absolute winner of the contest by Nino Migliori in person.

Quite exciting the talk given by the Sicilian photographer Tony Gentile who went over his 40-year career as photo reporter, which coincided with some of the most significant events in the recent Italian history, among which the mafia war (his photograph of Giovanni Falcone and Paolo Borsellino, taken a few months before they were killed, became iconic).

There was also space for young under 30 photographers with the exhibition Trieste Photo Young displayed at Arturo Fittke Hall and inspired by the 2nd edition of the same contest. The festival hosted the great final live, which crowned the English photographer, Luke O’Donovan.

This festival includes 1,800 photographs by more than 500 photographers from all over the world and scattered over 12 institutional seats, 20 seats of the circuit Trieste Photo Fringe and 7 seats outside Trieste within the circuit Photo Days Tour. 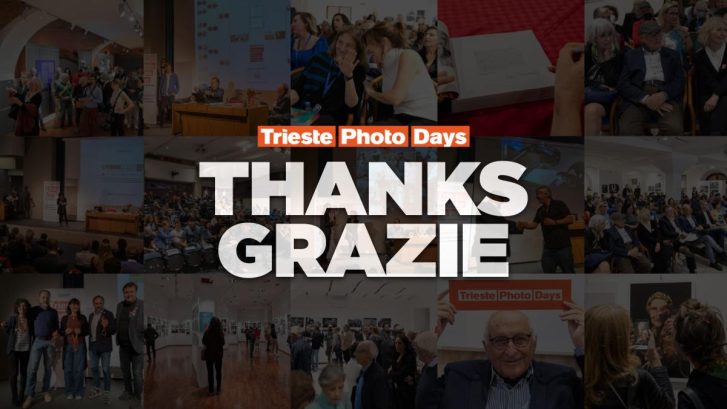