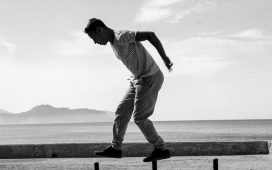 The exhibition “Atlante Umano Siciliano” by Francesco Faraci, promoted by the Municipality of Trieste in collaboration with the association dotART, will be held from October 26th, 2018 to January 6th, 2019 at the Museo Civico Sartorio of Trieste Foto Days 2018. 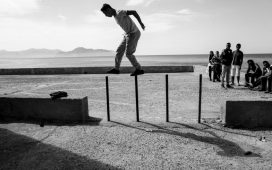 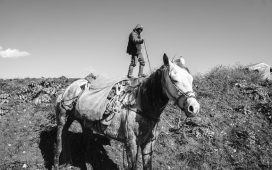 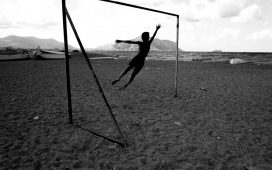 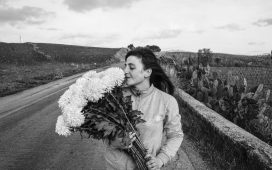 Three words that can form a sentence, but then each and every of them with its own meaning.

Sicily is an European gate; for someone beginning of a new life, landing point from the close Africa. For others, who are born there, it represents the roots and their cultural identity.

Island, sluggish and then wonderful, where nothing is ever as appears.

Atlas as used to give direction in a journey, when it does not matter how, but where and why. A journey through a soul geography, made out of sensations and emotional impressions that flow from the naked soil as it is after the harvest.

The wind, the sky, the marine currents, the sun, the moon and the salt on the bare skin, everything contributes to draw the steps of the travellers on an imaginary map; mankind who has nothing with him but his bones, naked and open to face surprises, fate and destiny.

Human as from the Earth. The human being at the core of this artwork which explores his being “modern” in an Island that struggles to move forward and, when it does it or tries to, it gives up a piece of its ancient identity.

An artwork based on contrasts and oppositions: life \ death, chaos \ silence, joy \ sadness,

Villages are abandoned seeds, where who leave do not return and middle-aged people are an utopia. Everything moves away except for the elderly, the stone houses with their “on sale” billboards to bar the windows, the whole to narrate what it has been and what it will be in the future.

Population leave Sicily and its territory that rapidly dies.

The artwork tries to save what is now Sicily by imprinting it on the paper trough photography. In a land which slowly descends in laziness, the artwork does not lack of energy or poetry. In the eternal struggle between going and staying I have chosen to stay, resist and tell about the Island in which I live, getting away from the concept that only faraway places are worth to be narrated.

By opening ourselves to the outer world we feel welcomed and can accept its request to unfold its stories, life, death, dreams and defeats.

Sicilian as I belong to this Island, although I am not often proud of it.

Today begin Sicilian means moving along with the territory, dig deep in the soil knowing that the sea is our only and definitive border and its only limits are the horizon and the wind directions.

The search of a small America.

I started traveling through Sicily inspired by Robert Frank and his “The Americans“, this is the meaning behind this artwork that begged to come out.