Francesco Cito. The idea behind the photo / MasterClass TPD 2021 [SOLD OUT!] 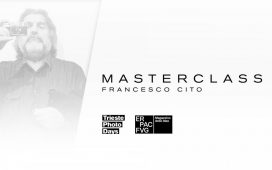 On the occasion of the 8th edition of Trieste Photo Days – International Festival of Urban Photography, and thanks to the collaboration and hospitality of ERPAC FVG, we are honoured to offer to photographers, both professionals and amateurs, three exceptional MasterClasses, in presence, with some of the greatest exponents of photography.

Saturday 30 October 2021, from 10 to 13 at the Magazzino delle Idee appointment with the MasterClass The idea behind the photo, curated by Francesco Cito, award-winning photojournalist, winner of two World Press Photo, Master of Italian photography FIAF and Special Award for Career Achievement Trieste Photo Days 2020. An unmissable opportunity to learn the secrets and teachings of a great professional of photography.

PRESENTATION
The idea behind the photo: the photograph seen through the eyes of Francesco Cito
“Eureka” exclaimed Archimedes when he found the answer to his question, to the question he had always asked himself. Eureka, we exclaim today, when the photo we have just taken appears on the display of our camera.
But is it true, or is it just an illusion?
When the artist Lucio Fontana, born in Rosario, Argentina on February 19, 1899, died in Comabbio, Varese on September 7, 1968), he changed the concept of pictorial art, making a cut in the white canvas placed on the easel, behind that gesture, there was a thought, an idea. Today, unfortunately, digital technology allows us to take perfect photos, the camera is almost never wrong, but unfortunately those photos have a not indifferent peculiarity. They lack the soul. The photo is no longer thought of, in it there is no idea that led it to come true. We have stopped thinking, imagining what we would like to tell, but we know all the buttons and menus of the new cameras at a glance.
Sometimes it’s like embarking on a journey with Al, the super computer of the spaceship from Kubrick’s “A Space Odyssey”, in which the jealous computer becomes the master of our life. This is what happened, and is happening in photography. Today we delegate to the software of the camera, what we should be conceiving instead. When you look at the photos of the great masters of photography of the past, you don’t stop to understand what is really behind that image, why it was created, what thought the author wanted to convey and why it was made as we see it.
Good photographers do not look at themselves through the single image, but through the specimens of the many shots they have taken to reach the final result. Sometimes, an image can also be the result of a single shot, but even that snapshot must be imagined first, while not imagining that particular naked and raw. In everything there is preparation, the photo by chance has never existed, even where some single images have made the history of photography.

Spots available are limited: if you are interested, register now!
To participate in the workshop, you must be a member of the dotART association for 2021 (membership cost: € 10).

ACCESSIBILITY – anti-Covid rules
According to current anti-Covid rules: with EU Digital COVID Certificate.
In case of further indications and / or restrictions on the performance in the presence of the event, prompt notice will be given.

FRANCESCO CITO
Francesco Cito, was born in Naples on 5 May 1949. After interrupting his studies, he moved to London in 1972 to devote himself to photography. The beginning in the photographic field in 1975, takes place with the hiring by a pop-rock music weekly (Radio Guide mag.). He travels around England, photographing concerts and pop music characters. Later, having become a free-lance photographer, he began to collaborate with The Sunday Times mag., Which dedicated to him the first cover for the reportage “La Mattanza”. Subsequently he also collaborates with L ’Observer mag.
In 1980, he was one of the first photojournalists to clandestinely reach occupied Afghanistan with the invasion of the Red Army, and following various guerrilla groups fighting the Soviets, he traveled 1200 km on foot. Here are the photos of the first Red Star soldiers who were ambushed.
In 1982 – 83, he made a reportage on the Camorra in Naples, published by the major national and foreign newspapers. Also in Naples in 1978 for The Sunday Times mag. he had made a report on cigarette smuggling from inside the smuggling organization. In 1983 he was sent to the Lebanese front by Epoca, and followed the ongoing conflict between the Palestinian factions; the pro Syrian leader Abu Mussa, and Yasser Arafat and his supporters. He is the only photo-journalist to document the fall of Beddawi (refugee camp), Arafat’s last stronghold in Lebanon. He will follow the various phases of the Lebanese civil war, until 1989.
In 1984 he devoted himself to the conditions of the Palestinian people within the occupied territories of the West Bank (West Bank) and the Gaza Strip. He will follow all the phases of the first “Intifada” 1987 – 1993 and the second 2000 – 2005. He is wounded three times during the clashes. In 1994 he made for the German Stern mag. a report on extremist Israeli settlers. In April 2002, he is among the few to enter the Jenin refugee camp, under curfew during the Israeli siege, of Palestinian cities.
In 1989 he was sent to Afghanistan on Friday of the Republic and again clandestinely following the “Mujahideen” to tell the Soviet retreat. He will return to those areas again in 1998 sent by the weekly Panorama, with the intention of meeting Osama Bin Laden. This attempt was unsuccessful due to the start of the American bombing.
In 1990, he was in Saudi Arabia in the first “Gulf War” with the first contingent of US Marines after the Iraqi invasion of Kuwait. The whole process of the “Desert Storm” operation and the liberation of Kuwait 27 – 28 February 1991 will follow. In his travels through the Middle East, on several occasions he has focused his interest in recounting the various aspects of Islam from Pakistan to Morocco. , In the 90s it follows the various phases of the Balkan conflicts.
In 2000 he made a report on the “Kanun Code”, the ancient law of revenge of medieval origins in Albanian society
In Italy he often deals with mafia cases, but also with events such as the Palio di Siena which will win him the first prize at the World Press Photo 1996 and other relevant aspects of contemporary society. Since 1997 the focus has also been on Sardinia off the tourist trail, between the social and the traditions, a work already partially enclosed in a photo-book.
In 2007 he was invited by the Governorate of Sakhalin (Russia), the former penal colony island described by Chekhov, for a photographic work on the territory, illustrating life and production activities, following the discovery of huge oil fields. Work that has become an exhibition and a photo book published in Russia.
In 2012, the prestigious Parisian jeweler house “Van Cleef & Arpels” commissioned him to create a photographic work, in which to describe the industriousness through the hands of their craftsmen, in making the most exclusive jewels in the world. 50 images collected in a volume printed in nine languages.
He has collaborated and published in major national and foreign magazines:
Bunte / Epoca / l’Europeo / Figaro mag / Frankfurter Allgemeine mag / Italian illustration / The Friday of the Republic / The Indipendent / Io Donna / Il Sole 24 Ore mag / L’Express / Life / The Observer mag / Panorama / Paris Match / Sette-Corriere della Sera / Smithsonian mag / Stern / Sunday Times / Traveler / Zeit mag
www.francescocito.it 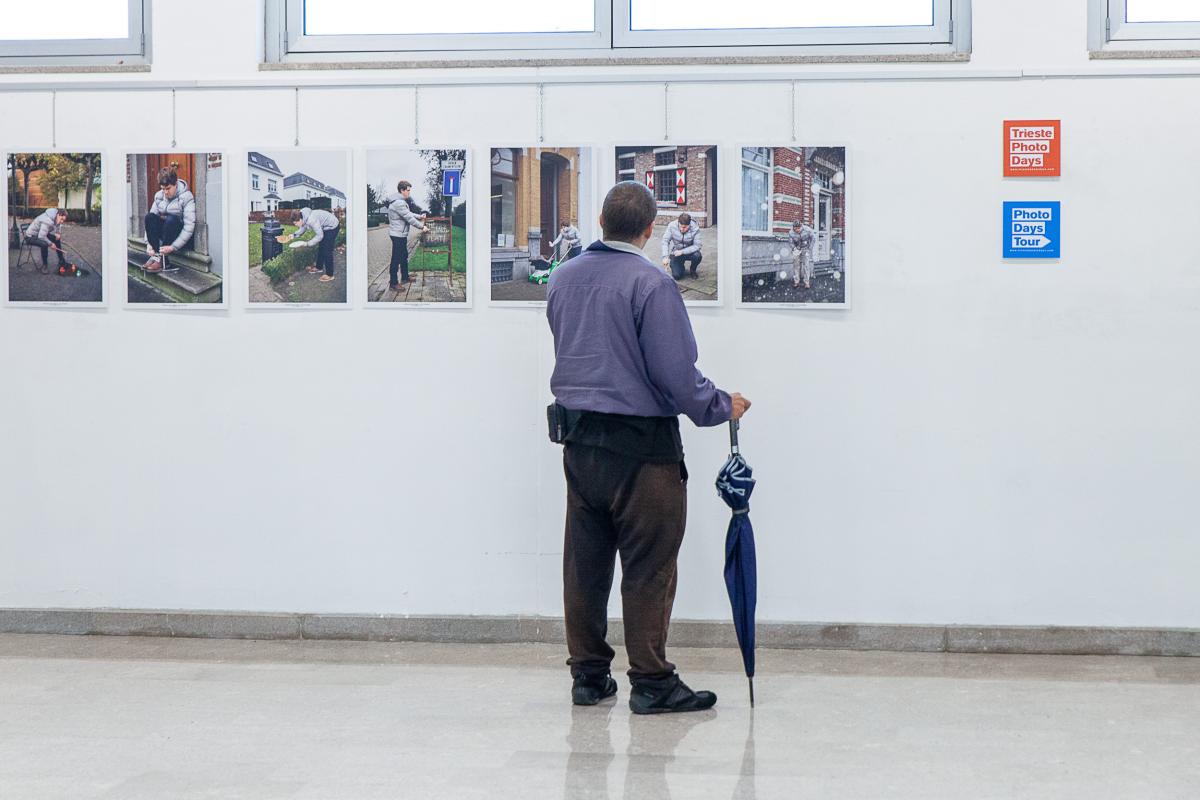 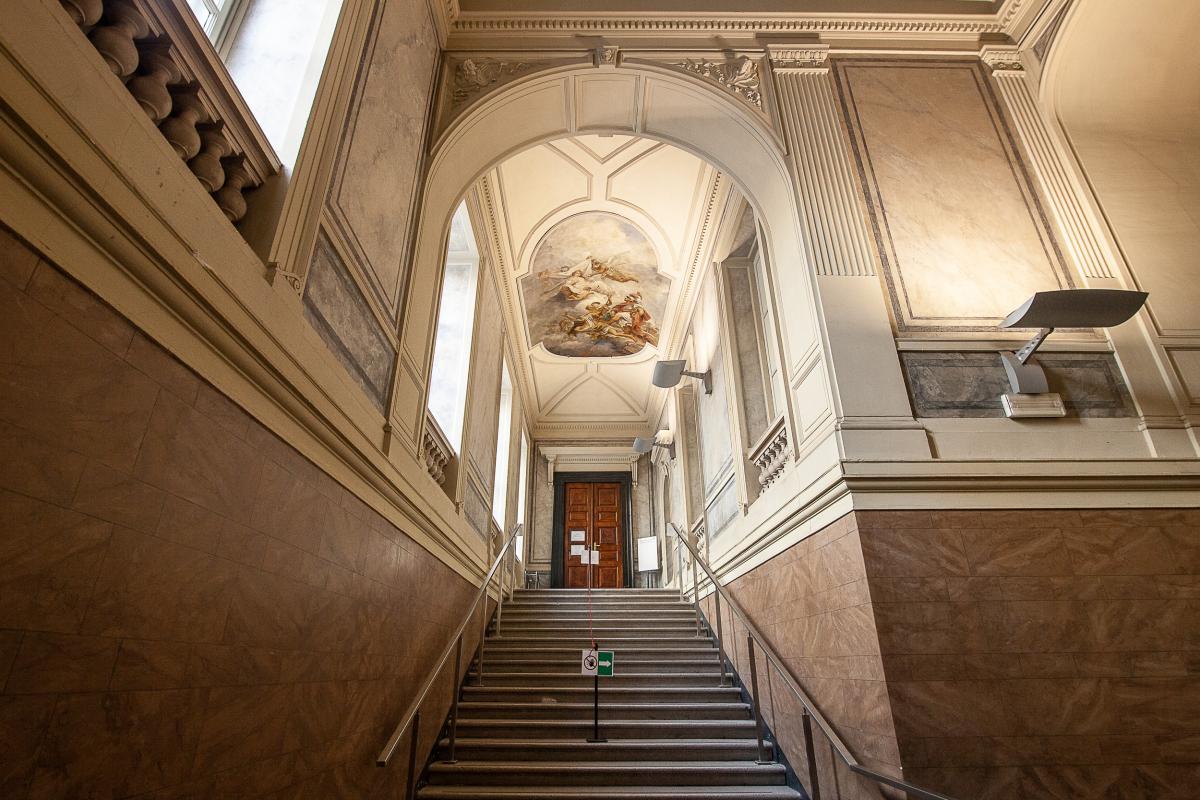 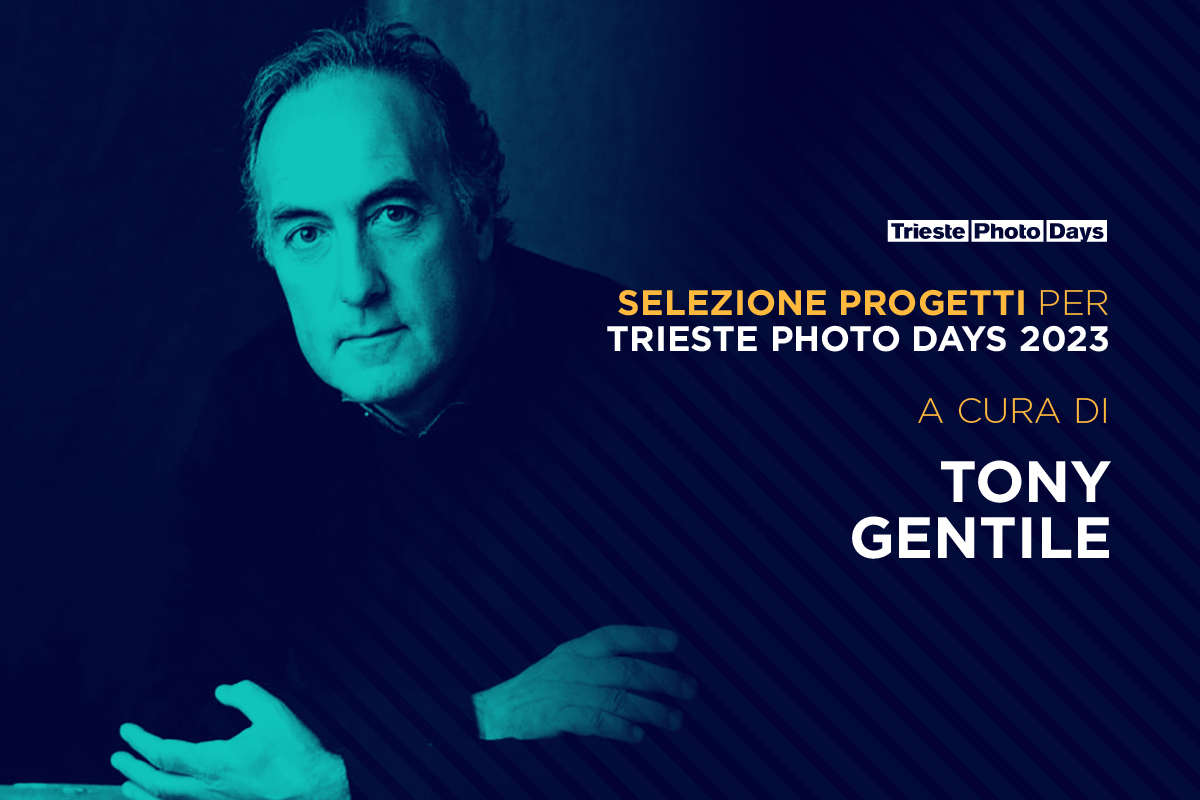 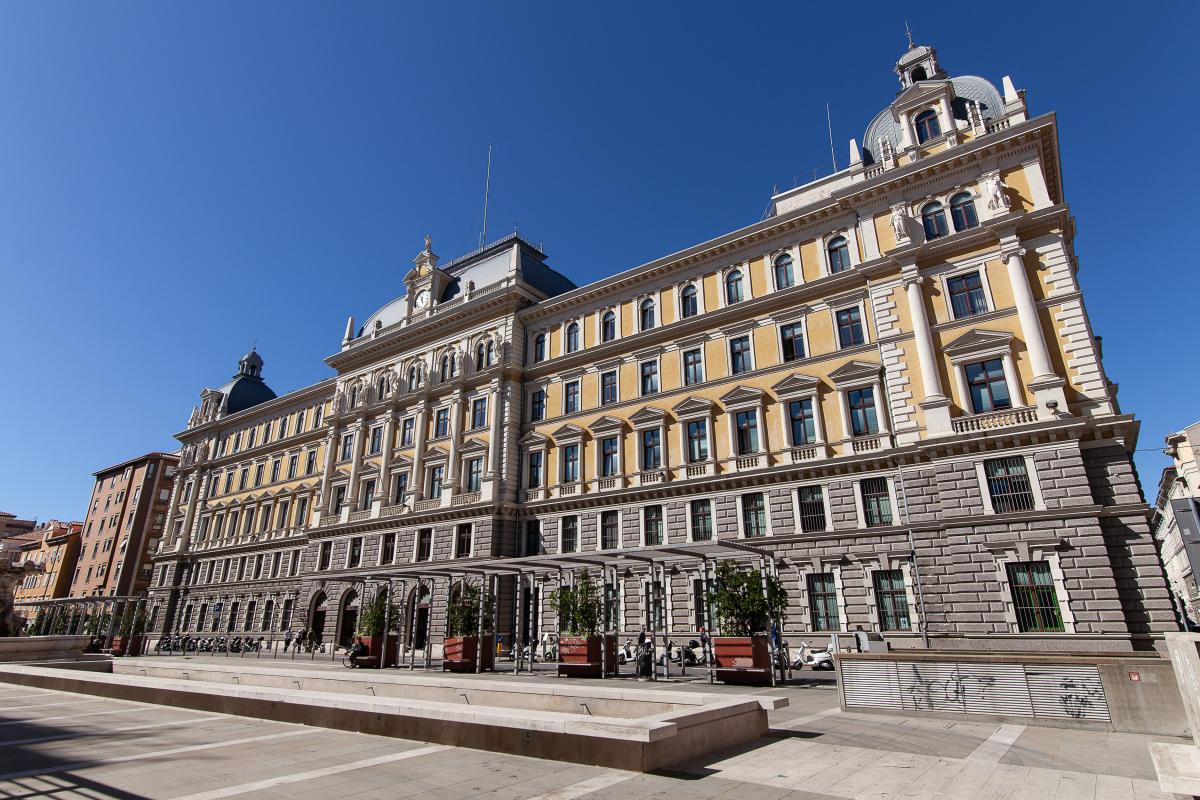 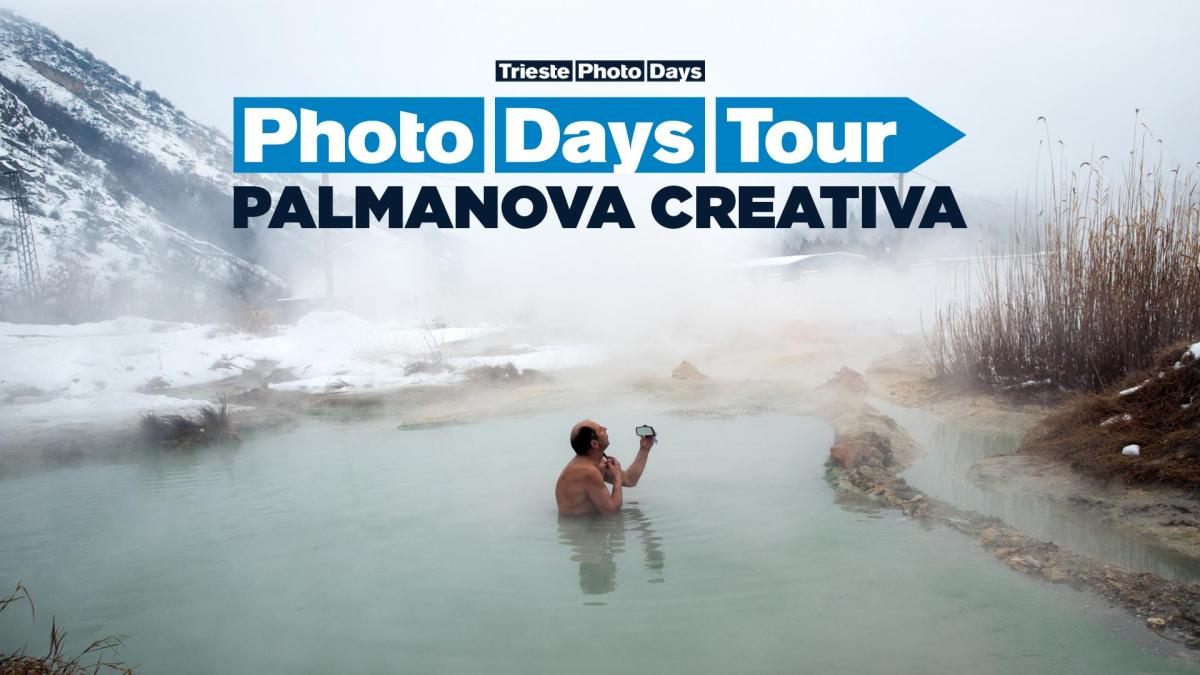 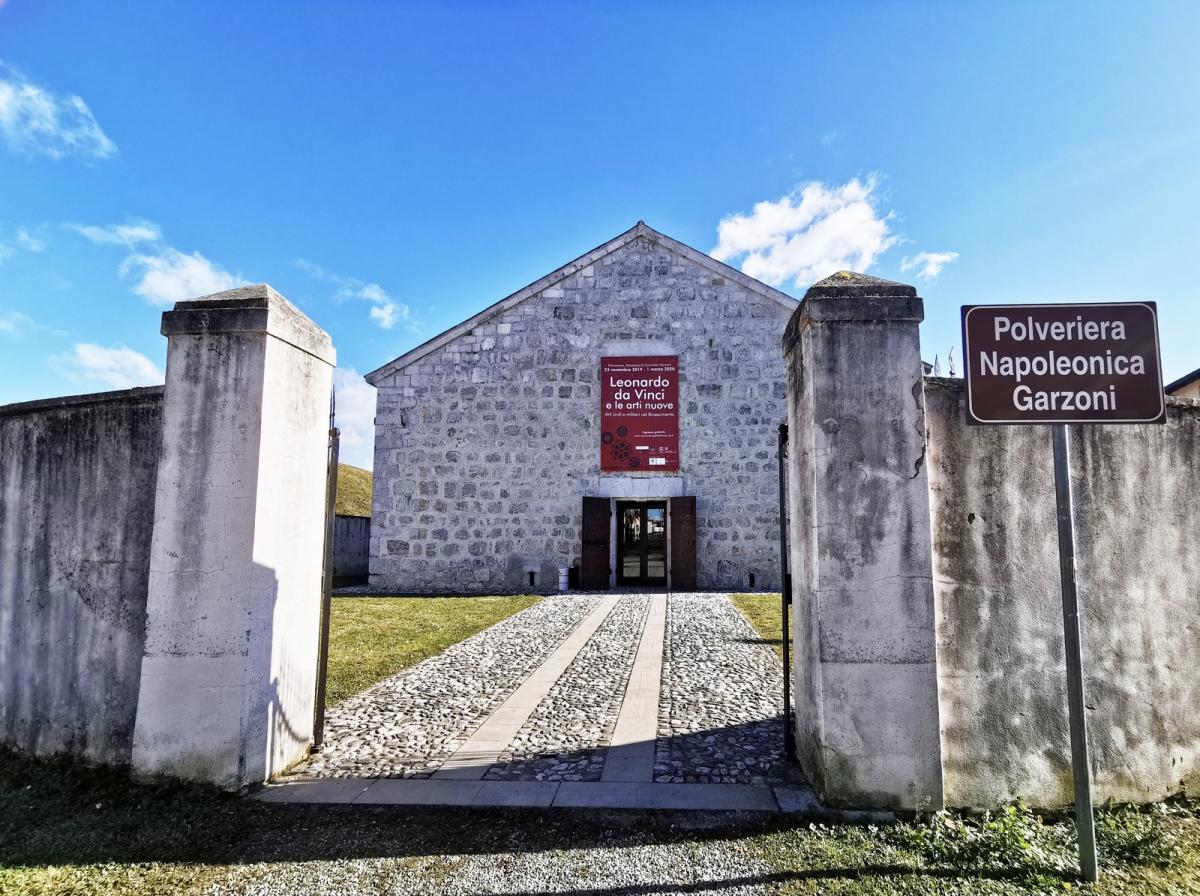 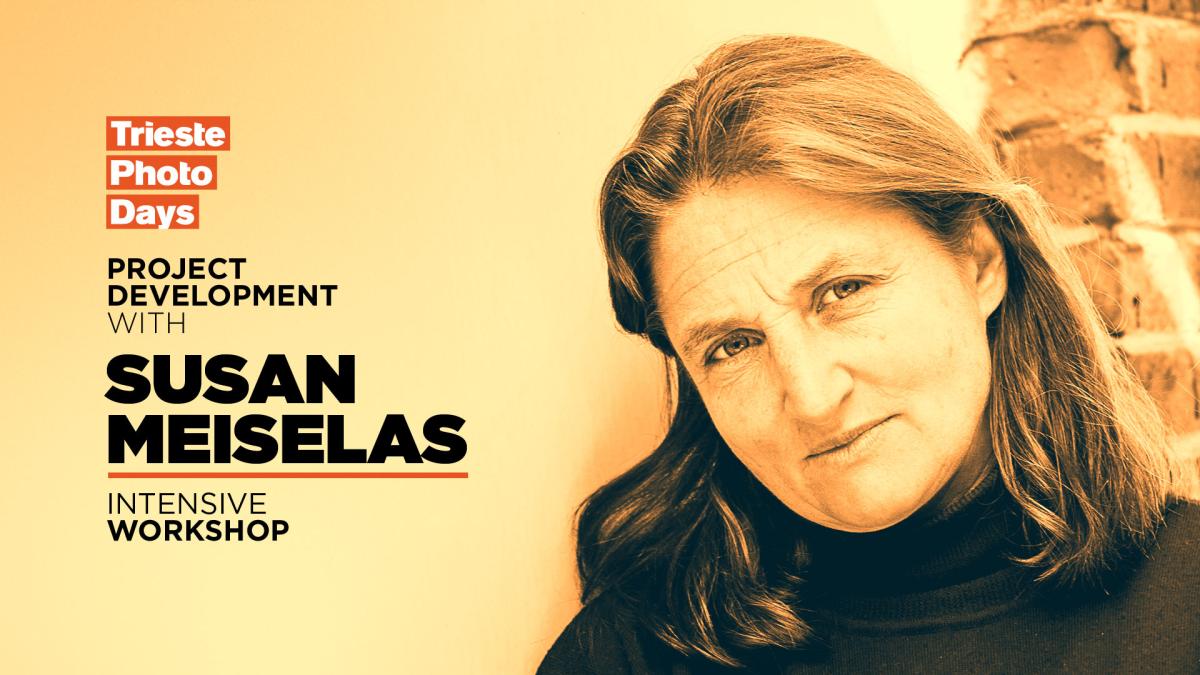