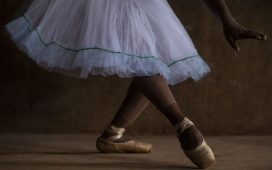 For the fourth year in a row, the collaboration between URBAN Photo Awards and the Museums and Libraries Service of the Municipality of Trieste will give life to a prestigious exhibition-prize at the Civico Museum Museo Sartorio for four finalist projects in the 2021 edition of the contest.

The group exhibit will be held, as usual, as part of the Trieste Photo Days festival and will open on Friday 29 October 2021 at 4 pm, in the presence of the authors who, after presenting their projects to the public, will be awarded. The photos will remain on display until January 6, 2022.

«When the world was confronted with the Covid pandemic, the associated “social distancing” rules had a direct impact on my photography. Photographing close to people was no longer possible. For me this is a big thing as I prefer to shoot people from very close by. So, I decided to take a different approach: instead of focusing on people, I went looking for dogs on the Scheveningen beach and boulevard, which is close to where I live. And – very important -I decided for safety reasons that the dogs needed to be between me and their company (the one walking their dog).» 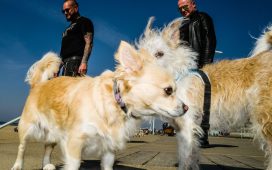 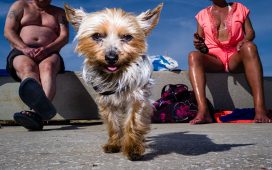 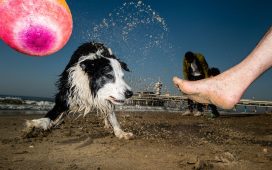 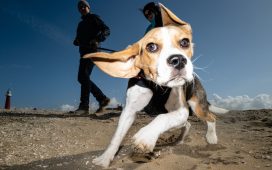 «I am very attracted to the city and my photos would like to create a sense of the atmosphere that is lived in it. Sudden apparitions, shadows that take shape from nothing like ghosts, composing different realities of a city with a thousand faces. My intent is to use my photographic vision to create a compelling and aesthetic document of the world around us.» 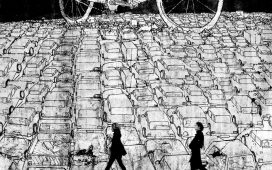 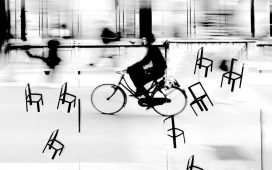 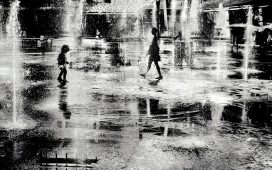 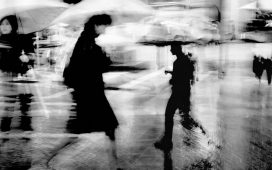 «This is part of a series called Invisible Jumpers, where I have chosen a location and had knitted clothes custom made by hand. Then I photograph a model wearing the clothes, blending into the background. The photographs use real knitted clothes, not CGI.» 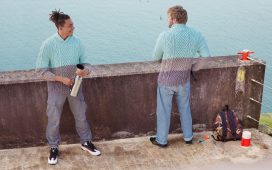 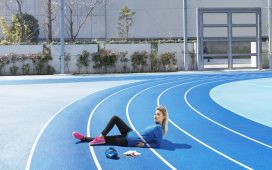 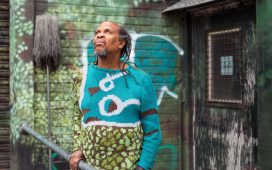 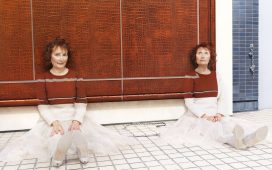 «Wearing their precious bright-coloured dresses, children are dancing in the labyrinth of narrow alleys in between the shacks of Kibera, the largest slum in Africa. With over 2.5 million people in around 200 settlements, the inhabitants of Kibera represent more than half of Nairobi’s population, occupying only 5% of its area. A constant growing population automatically causes the increase of unemployment, poverty, crime, scarcity of water and infections. In this tragic scenario, where education is a daily struggle, children are the only ones who can afford to dream. Project Elimu community is one of the opportunities to fulfill their dreams.» 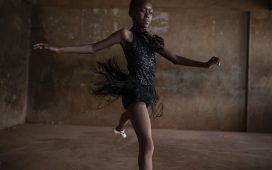 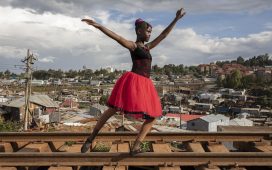 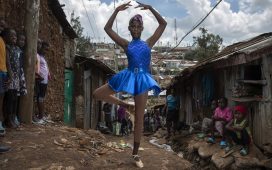