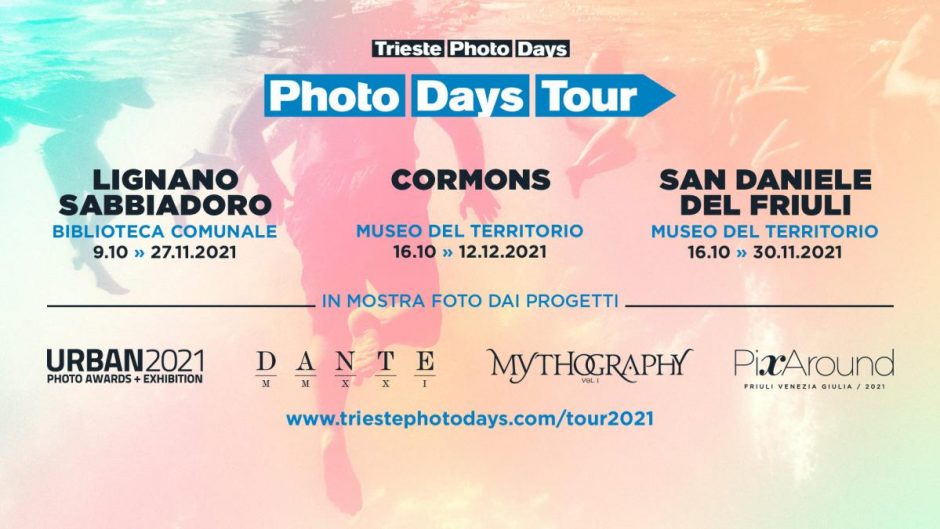 On display the best photos taken from URBAN 2021 Photo Awards contest and from the projects launched by the Exhibit Around platform: Mythography vol. 01, Dante 2021 and PixAround FVG.

Presentation of the exhibitions: MYTHOGRAPHY vol.1 and PixAround FVG
Municipal Library – Via Treviso, 2

Presentation of the project: DANTE 2021. A photographic tribute
Church of Sant’Antonio – Via Giuseppe Garibaldi, 28

Admission to events is free and with EU Digital Covid Certificate, subject to availability of spots.

On display a selection of the best photos taken from the projects conceived and organized by dotART:

The great multidisciplinary international project, conceived and implemented by dotART in collaboration with the Municipality of San Daniele del Friuli and the Guarneriana Library, which involves Italian and foreign photographers in a collective tribute to Dante Alighieri on the occasion of the 700th anniversary of his death.
The goal is a choral work of creative “remediation” of Dante’s Divine Comedy in contemporary culture through photography.
The best authors, awarded with a medal, are part of the prestigious photographic volume Dante 2021. A photographic tribute, containing 101 photographers, which made use of the precious collaboration of Professor Angelo Floramo, scientific consultant of the Guarneriana Library of San Daniele del Friuli who he edited the texts.

First volume of the multidisciplinary project containing photos and projects freely inspired by three divinities of the Greek / Latin pantheon: Mars, Saturn and Neptune, which represent the themes of war reportage, historical / social reportage and the power of nature.
Special guest of Mythography vol.1, the great Francesco Cito, one of the greatest Italian photojournalists who will also have a solo exhibition at Trieste Photo Days.
The book, edited and introduced by Enrico Medda, Professor of Greek Literature at the University of Pisa, will be presented at Trieste Photo Days. The best authors will be awarded a medal at the Trieste Photo Days Festival where the photographic volume containing 94 authors officially selected for the book will also be presented.
A selection of the best photos will also be on display at the Scaglia Academy in Trieste, again during the Festival.

Photographic project dedicated to the Region. PixAround FVG 2021 inaugurates a series of photographic volumes focused on the regional territory, which will be released annually and will give life to related photographic exhibitions as part of the Trieste Photo Days / Photo Days Tour festival.
The aim of the project is to promote and enhance the cities, towns and provinces of Friuli Venezia Giulia through street photography, social reportage, architectural photography and in general all photographic styles capable of restoring the essence of a territory rich in history. , art and culture.
The best authors will be awarded a medal while the photographic volume containing 52 selected authors will be presented at the Trieste Photo Days Festival. Thanks to the photographic circles Fotocineclub Lignano, Circolo Fotografico “E. Battigelli ”of San Daniele del Friuli and the Friulian Photographic Circle of Udine for support for photographic releases, and Fujifilm Italia for gadgets.

Twelfth edition of the international contest which this year sees a stellar jury with Bruce Gilden, president of the Jury, Paolo Pellegrin and Francesco Cito, and among others Andréa Holzherr, Nick Turpin, Tatsuo Suzuki, Gulnara Samoilova, Graziano Perotti.
URBAN is an ever-growing international contest, one of the few to “cross the boundaries” of the web, offering photographers real visibility through dozens of photographic exhibitions in the prestigious frames of the Trieste Photo Days of the Trieste Photo Fringe and the Photo Days Tour ( in Italy and abroad). In 2020 alone, URBAN set up over 30 exhibitions for nearly 1,400 photos on display. 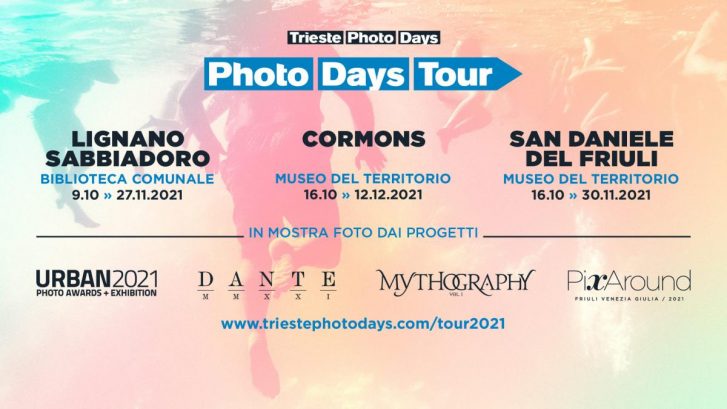