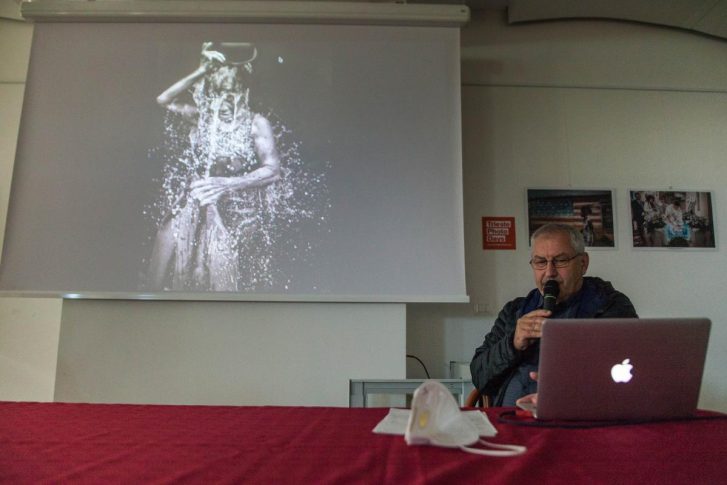 Trieste Photo Days 2020 – “This in not Korea”, Alain Schroeder’s TALK

The photographer chooses to leave for Korea in order to realise a project dedicated to the Korean martial art of Taekwondo (which literally means “the way of the foot and fist”), created in 1955 by general Choi Hong-hi. During his stay at Pyongyang, the photographer managed to take shots of various areas of the city under the dictatorship of Kim Jong-un. However, it’s a precious photographic documentation that – as the photographer himself suggests – does not faithfully revoke the country as it is conditioned by manipulative mechanisms of the regime’s information, since this photoshoot has been carried out under the strict censorship control of two official guides who showed what to observe and photograph.