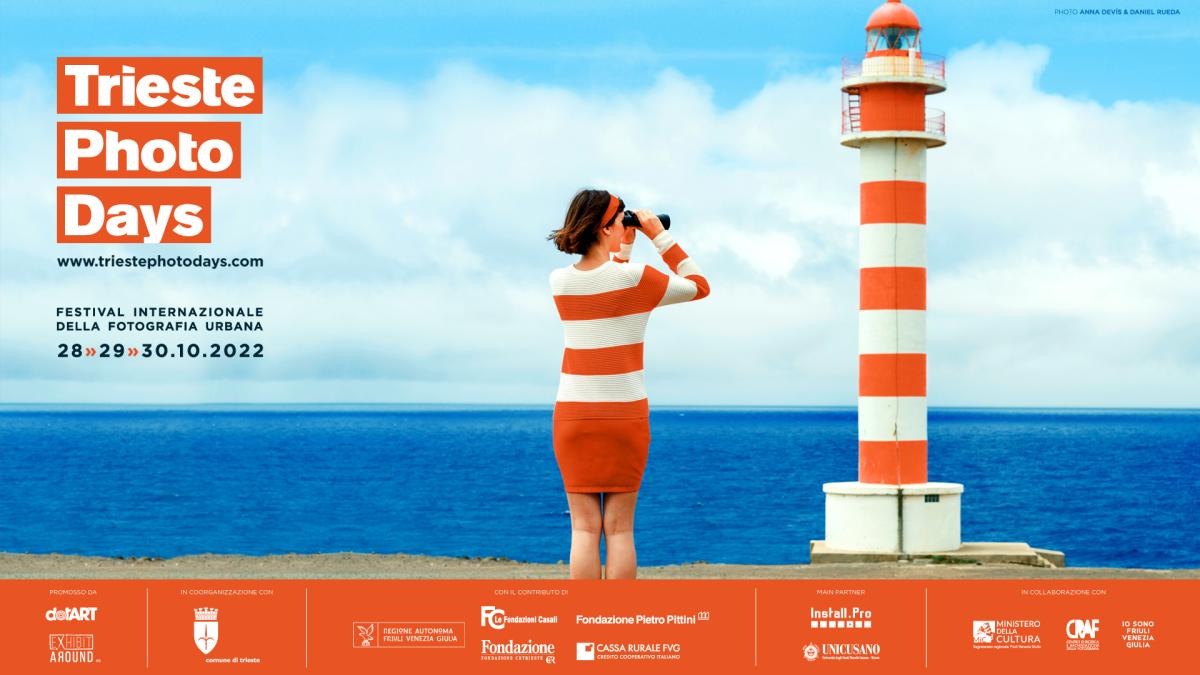 For the ninth year in a row, Trieste Photo Days, the international festival of urban photography, is back. Taking place from 28 to 30 October, it will include meetings, workshops, international guests and not-to-be-missed photography exhibitions in the period October-November.

Susan Meiselas, among the most influent documentary photographers in the world, she is associated with the famous agency Magnum Photos while also being President of the Magnum Foundation.

Susan Meiselas will be the guest of honour to the project WOW – Worlds of Women, a big collective photography exhibition dedicated to the female universe and inspired by the namesake volume conceived by Exhibit Around which displays photographs and projects of 189 photographers coming from all over the world (‘Umberto Veruda’ hall).

Moreover, representing the jury of the contest URBAN Photo Award 2022, she will personally choose and award the winning project of the section URBAN Book Award, on Saturday 29th October at the Auditorium at the Revoltella Civic Museum of Modern Arts.

Among the scheduled activities, also a meeting with the audience and a workshop.

Nino Migliori is the doyen of the Italian photography, whose art between Neorealism and experimentation builds one of the most interesting paths of European visual culture. Nino Migliori will be at the Award ceremony of URBAN Photo Awards 2022 to personally announce and award the unique winner of the section Foto Singole [Single Photographs] (Marco Sofianopulo Auditorium at the Revoltella Civic Museum of Modern Arts, Saturday 29th October 2022).

Moreover, Migliori’s photographs will be at the core of the book Mythography – 2nd Volume, a project freely inspired by the Greek and Roman mythology, on display in the ‘Attilio Selva’ hall of Palazzo Gopcevich.

The volume will be edited and presented at the Festival by Enrico Medda, Professor of Greek Literature at the University of Pisa.

Alexandra Sophie is back at Trieste Photo Days with a personal exhibition at the Sala Comunale d’Arte and a talk. A young and well-known French photographer who has been appointed by Forbes as one of the greatest under-30 photographers. Her works, described as colorful, sensual, fresh and female, are recognized and published worldwide.

Gali Tibbon, she will be at Trieste Photo Days with a personal exhibition at the Accademia Scaglia.
A photographer awarded many times, who lives in Jerusalem, she was appointed Travel Photographer of the Year at the Sony World Photography Awards (WPO) for her documentary work on Lalibela, in Ethiopia.
Her professional work explores the theme of religion, focusing on faith and capturing the believers’ spiritual and abstract emotions in her fixed images.

Massimo Cristaldi, the works of this Sicilian photographer will be on display at the Civic Museum of Oriental Arts with Humans of China, a project realized between Beijing, Shanghai and Guilin, looking for everyday, spontaneous situations, ‘face to face’ with the persons of the place. Cristaldi’s exhibition continues the work of contamination started by the festival in 2018, in which the contemporary photography dialogues with the historical photography conserved at Trieste’s photographic archives and the collection of Oriental art displayed at the museum.

Tony Gentile, he will grant us a not-to-be-missed talk. He is a Sicilian photoreporter, who in 1989 started to work with the daily newspaper Giornale di Sicilia and immediately after with the photo agency Agenzia fotogiornalistica Sintesi di Roma thanks to which he has published his reportage works in the biggest national and international papers. In 1992 he started a collaboration with the news agency Reuters where he worked as staff photographer from 2003 to 2019. Besides the eternal image of Falcone and Borsellino, among his iconic shots you will find the major politicians of the last 30 years, including presidents and three different popes. His extraordinary long-term work on the Sicilian mafia was published in 2015 in the book ‘La Guerra, una storia siciliana’ (The war, a Sicilian story), dedicated to one of the darkest periods of Italian history: the war declared by mafia to the Italian State in the ‘90s.

The programme will be crowned by the exhibitions of Trieste Photo Fringe, the ‘spread festival’ of Trieste Photo Days which takes place in a selected circuit of clubs to be found in the city center.

Finally, on 5 and 6 November the Sala Xenia, main venue of the festival, will host the events of the Trieste PhotoLab.