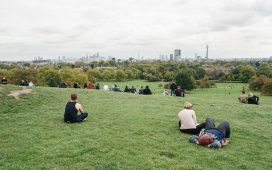 I come back to live in London after many years.

Despite the uncertainty of the Brexit, the City is changing.

It is hard for me to recognize the places where I spent my youth, with the typical bricks and mortar rows of houses and the tall social housing buildings, symbolising the ideal, or, better, the utopia, of an egalitarian city assuring home to the working class and integration to immigrants.

London is experiencing the most intensive development in the world after Tokyo, but new homes are destined to investment funds’ trading and not to people.

The resulting price growth prevents the working class from buying a house, and, since investments in social housing have been almost cancelled, London, paradoxically, despite the most intensive development, is the city where it is most difficult to find a house at an affordable price.

Home has been transformed into a financial product. London lost identity and it is now similar to hundreds of anonymous cities in the world. 2.25 million Londoners are living in poverty after housing costs are taken into account.

Walking in deserted new developments and traditional areas I realize that the utopia of an egalitarian city has been definitively buried.

My portraits of London witness the end of the utopia and, unfortunately, the new shape of the City, preparing to leave Europe.

Following a Master Degree in Economics, he studied photography at the International Center of Photography in New York and at Central Saint Martins in London.

His works have been published and exhibited internationally.

He currently lives and works in London.