Submissions closed for the “Leonardo” project and TPD Book Award 2019

Submissions closed and great response from photographers for the two open calls related to the upcoming 2019 edition of Trieste Photo Days, both launched by the cultural association dotART through its platform Exhibit Around.

TPD Book Award 2019, now in its third edition, was attended by 75 projects from all over the world. The aim of the call was the selection of a photographic project to be produced as a book.

The call for the project “The Ideal City of Leonardo”, oriented to a collective photographic tribute to the genius of Leonardo Da Vinci, saw over 1,000 photos and projects.

dotART staff together with festival’s art director Angelo Cucchetto are already selecting the works received. Nick Turpin will collaborate in the selection of the winning project of the TPD Book Award, while Professor Edoardo Villata of the University of Milan will supervise the projects of the tribute to Leonardo and the curatorship of the photographic volume.

Winners of both calls will be invited as guests of honour and awarded at Trieste Photo Days 2019 during the award ceremonies, that will be held on Saturday 26 October at 7.30 pm in the “Sala Xenia”.

The “Leonardo exhibition” will open on Tuesday 22 October at the doubleRoom exhibition space and will contain a selection of the best 30 photos of the project. Prof. Edoardo Villata will also give a lecture on Leonardo at the Auditorium of the “Revoltella” Museum on Sunday 27 October. 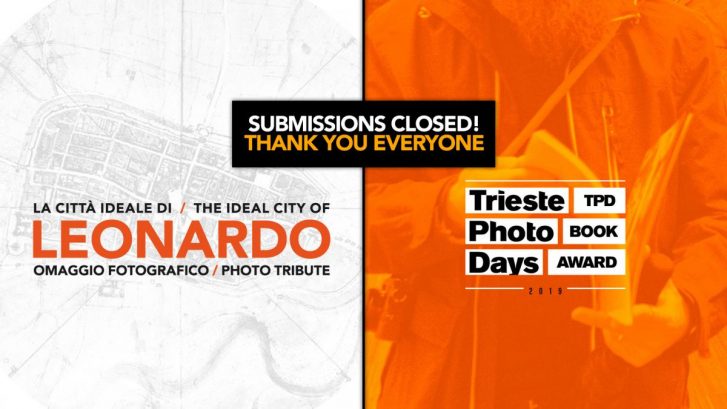