On Sunday 27 October 2019 at 12, the unmissable Life’s a Beach exhibition by Martin Parr will open at the Civico Museo Revoltella, promoted by the Municipality of Trieste in collaboration with Trieste Photo Days 2019 and Magnum Photos. Martin Parr himself will be present at the inauguration, immediately after the meeting with the audience that will take place at 11.00 am at the Museum Auditorium. 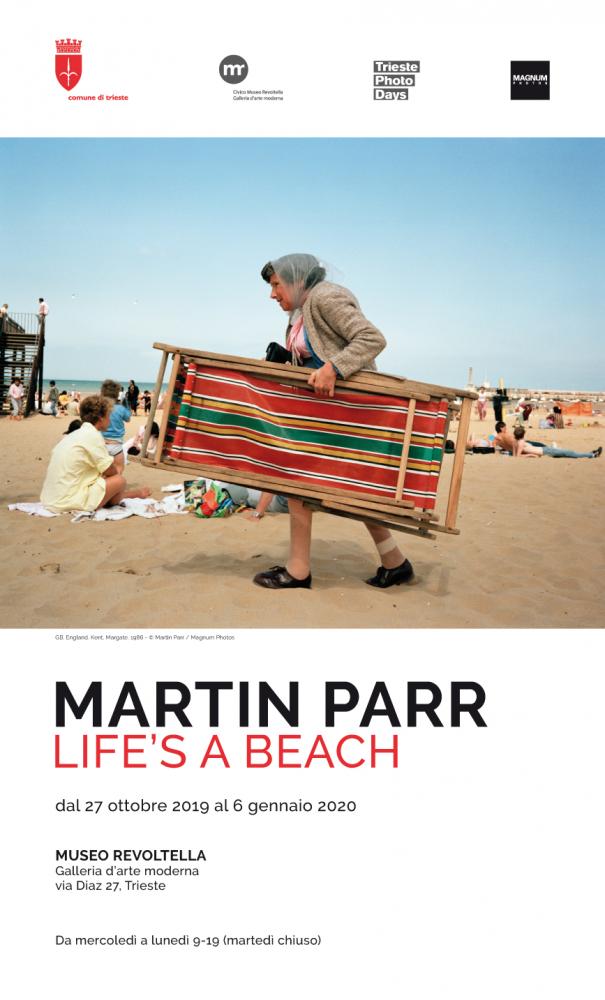 Life’s a Beach
In the UK, it is impossible to be more than 75 miles away from the coast, and with this much seaside it is not surprising that there is a strong tradition of shooting photos on the beach in Britain. People can relax, be themselves and show off all those traces of mildly eccentric behaviour associated with the country. In the States there is a strong tradition of street photography, in the UK, we have the beach.
Martin Parr has been photographing this subject over many decades, documenting all aspects of this tradition including close ups of sun bathers, swimming dips and picnics.
Parr’s International career was kicked started with his notorious book of 1986, The Last Resort, which depicted the run down seaside resort of New Brighton, very near Liverpool. However less well known is that this obsession has also spread across the world, and with this new compilation we see photos from countries as far apart as China, Argentina and Thailand. Published in 2012 to coincide with an exhibition, starting at the Lyon Photo Festival, this book demonstrates Parr engagement with a cherished subject matter, where all absurdities and quirky National behaviours seamlessly fuse together. We delight in how different countries in Latin America have a wildly different dress sense on the beach, from the skimpy costumes of Brazil to the natural reserve of Mexico and the drinking of mate of Uruguay
There is also, of course, the selling of goods, for the beach is a prime place to sell, well basically anything, from the services of an ear cleaner in Goa, India, the barbequed fish of Chile and pot noodles in China.
This book shows Parr at his best, confirming clichés, surprising us with the moments of caught absurdity and constantly enjoying the rituals and traditions associated with beach life, the world over.

Why in Trieste?
In Trieste, a city where the sea is an integral part of its inhabitants’ DNA, comprising a sort of beach therapy, to quote Martin Parr, as well as an essential component of Trieste’s identity, the Life’s a beach exhibition documents the British photographer’s anthropological research into a humanity caught in the moment when it lowers its guard.
The British documentary photographer, as he defines himself, offers us, through his vocation and passion, a journey of exploration characterised by different techniques but supported by a single desire: to deduce and understand what is happening in our world, one impregnated with consumer culture, progressively consumed by an embarrassing loss of good taste and sense of what lies beyond the pale. The social landscape is the obvious object of his photographic investigation. What he reveals in the mirror is opulent Western society, with its tics, clichés, and stereotypes.
From the photos of the eighties, characterised by saturated colour, wide-angle view and powerful flash, to those of the mid-nineties, in which he uses a macro lens and ring flash, down to the most recent ones in which he does not disdain the use of a telephoto lens, Martin Parr has collected bathing establishments in the most disparate locations, making no differentiation for the clumsy, haphazard, sometimes vulgar gestures depicted.
Aware that the present must be photographed because the present passes and the photos remain as precious documents, we accept the invitation to be shipwrecked in this sea, prepared by nature to share its grotesque, ironic, irreverent and non-impartial look.

Martin Parr (1952-) has published over 100 volumes and edited thirty other publications. Curator of the Arles Photography Festival in 2004 and of the Brighton Photography Biennale in 2010, he has been a member of the Magnum Agency since 1994, holding the position of President from 2013 to 2017.
In 2013 Parr was a visiting professor of Photography at the University of Ulster. His works are displayed in major museums, including the Tate Modern, the Centre Pompidou and the Museum of Modern Art in New York. In 2017 he established the Martin Parr Foundation. 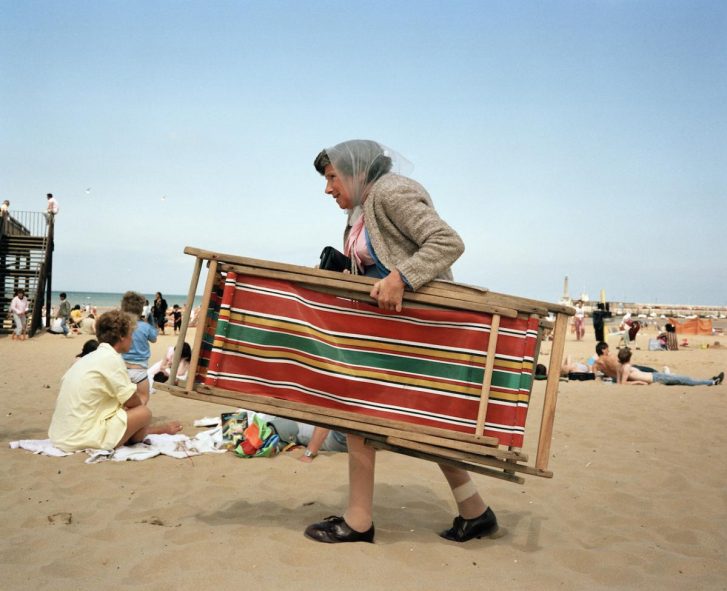