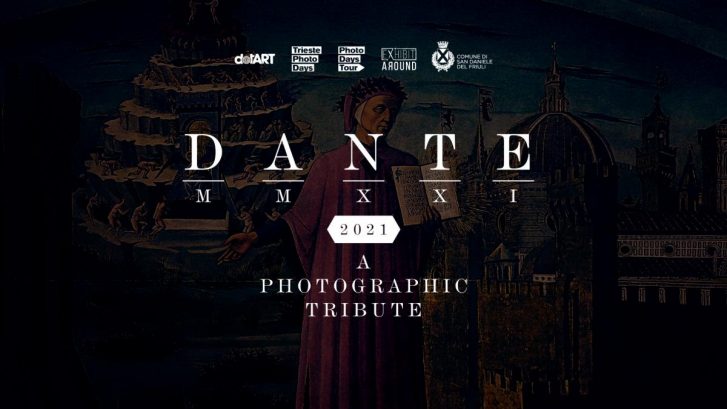 The cultural association dotART, in collaboration with the Municipality of San Daniele del Friuli (Italy), launches through its platform Exhibit Around a photographic open call for the multidisciplinary project Dante 2021.

The project, which will culminate in the Trieste Photo Days 2021 festival, aims to involve Italian and foreign photographers in a collective homage to Dante Alighieri on the occasion of the 700th anniversary of his death.

We are looking for photographers interested in submitting single photos and/or projects/portfolios freely inspired by the Divine Comedy, Dante’s themes and the figure of Dante himself. Registration is completely free, as is participation in the project if you are selected.

The best works will become part of a prestigious photographic volume with an introduction by Piero Botiani, Professor Emeritus of Comparative Literature at the Sapienza University of Rome, member of the Accademia dei Lincei, Fellow of the British Academy and of the Medieval Academy of America.

The volume will be supervised by Professor Angelo Floramo, scientific consultant of the Biblioteca Guarneriana in San Daniele del Friuli (which houses a rare 14th-century edition of Dante’s Inferno).

The volume will be divided into three sections, each dedicated to a cantica of the Divine Comedy and characterised by a series of related themes from which the photographers can freely draw inspiration (see Rules).

In October 2021, a selection of the best photos from the book will be displayed in a group photo exhibition at the Museo del Territorio in San Daniele del Friuli (UD), as part of the Photo Days Tour, a framework of events taking place during the Trieste Photo Days festival.

The volume and the exhibition will be officially presented in a conference/meeting that will take place in October 2021, during the Trieste Photo Days festival.

READ THE RULES AND JOIN THE PROJECT!