“Not Only Grey” by Ilya Shtutsa wins TPD Book Award 2019 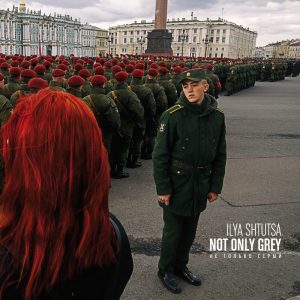 Russian photographer Ilya Shtutsa with the project Not Only Grey is the winner of the TPD Book Award 2019, a free call for the selection of an authorial photographic project to be produced as a Book. The goal is to give the winning photographer the opportunity to produce and promote his photographic project internationally, which will be published as a paper volume by dotART.

Not Only Grey is a project that through documentary street photography tells a real glimpse of today’s Russia.

Prize-giving and book presentation will take place on Saturday 26th October 2019 at Sala Xenia at 19.45 in the presence of the Author.

The first edition of the award, in 2017, was won by the Japanese Tadashi Onishi with Lost in Shinjuku, while last year there were two winners: the Greek Zisis Kardianos, with InLimbo and the Japanese Hiro Tanaka with Around 42nd and 7th.

Not Only Grey
“In 2010 I was a very excited beginner street photographer. I knew almost nothing, but I was very lucky to discover and join the Street Photography Now Project by Stephen McLaren and Sophie Howarth.
Pacing week by week through the instructions of the project was a great school as well as a great joy. Meanwhile, I decided to change my location from Khabarovsk, a city in the Far East of Russia, to St. Petersburg. The way takes exactly seven days on a train, the time of changing project instruction. And one of this week was the instruction by russian photographer Boris Savelev: “Different shades of gray are astonishing”.
As a response, I’ve sent a black and white picture and forgot about this for a while. I’ve got what Savelev had in mind saying this sentence only after spending two winters in St. Petersburg.
The gray is the colour of St. Petersburg winter. It became clear for me that when it’s dark and cold in this majestic northern city, all others colours, if survive, only shade Gray-the-king, they are, literally, “different shades of gray”.
So Petersburg painted gray for me for a long time, and even in summer, taking colourful pictures, I thought about gray. It couldn’t long forever, and on the fifth winter here I started search colours. I discovered an obvious thing – that the gray city turns into colourful when the magic hour of twilight falls. So the next winter I was shooting colours in twilight. And after that I found that now the city is (and always was, of course) full of colours, and the gray is as good as any other.
So this sequence of images demonstrates my search of colour in St. Petersburg, the movement of shades of grey through winter twilight to the true colours of the city.”

Ilya Shtutsa. “I was born in 1972 in the Far East of Russia. I was about 12 when I got my first camera. It was the simplest thing, a Smena 8m. I believe that probably each Soviet child had such toy. I was taking a lot of pictures of all that surrounded me but when I was 18 my interest in photography faded away. It took me 20 more years to resurrect it. It happened almost accidentally, when I got a cellphone with very small camera inside. Mobile photography captured my mind, and then I found an article in a photo magazine about Matt Stuart, Nick Turpin and David Solomons that made me realize what cameras are intended for. After this moment it was just a matter of time before I bought my first DSLR and began shooting street.” 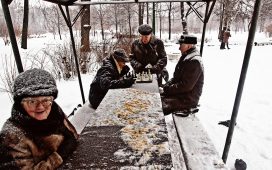 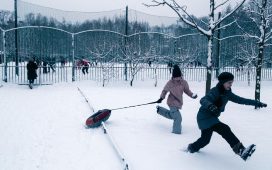 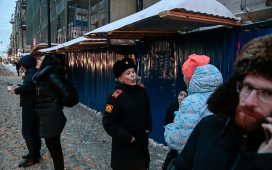 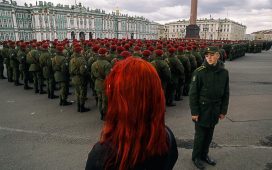 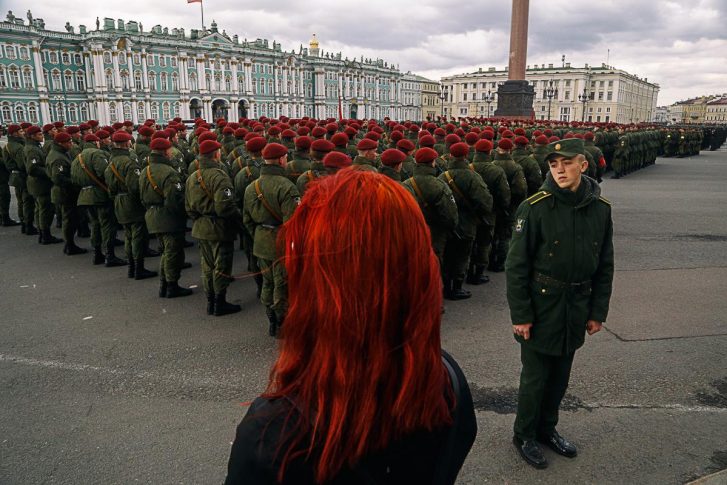